Since we've got this super-awesome domain name, we might as well use it, right? I've been trying to figure out what to put here for quite some time. For a while I couldn't come up with anything at all. Now that we're homeowners, though, I think we might turn it into a site for reviews of home-ownership-esque products we've used. It turns out that you end up getting a lot of "stuff" when you move into a new house. Some of it's useful, some of it's nice to have, some of it you could do without. 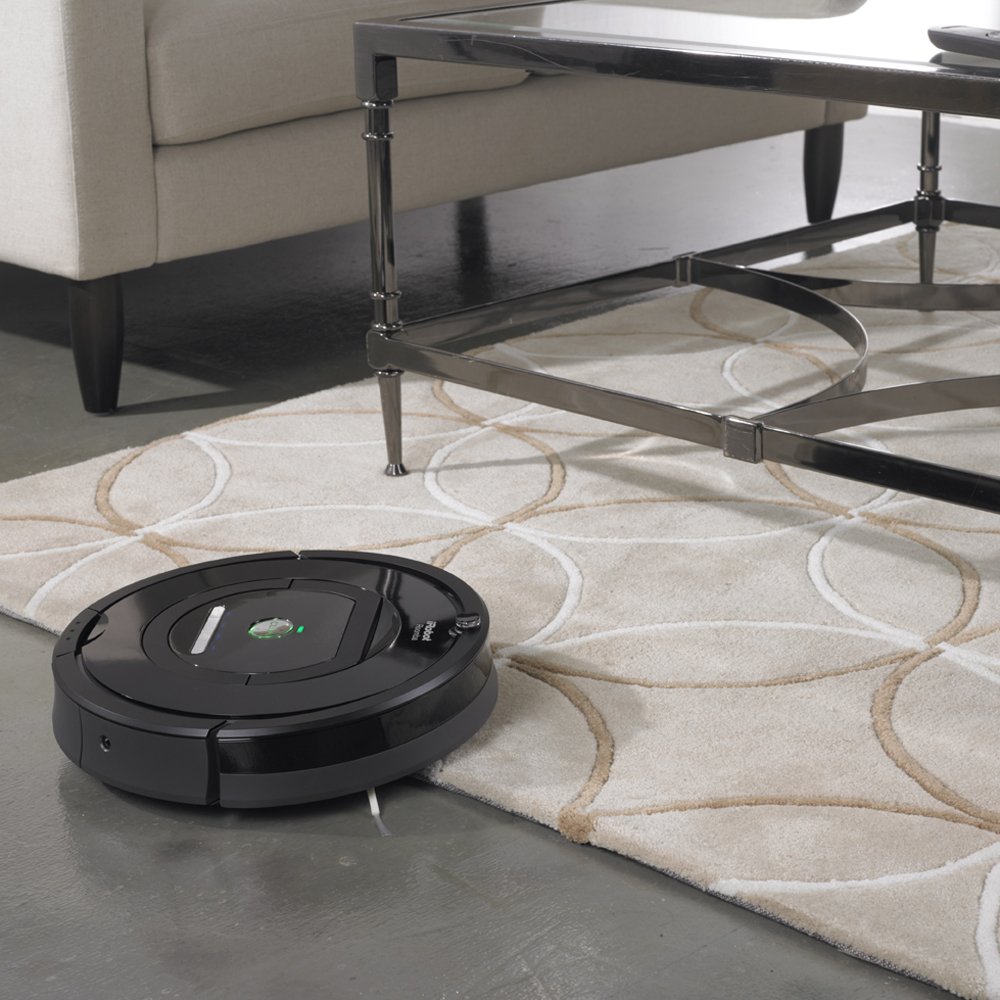 So let's get started with one of the first things we bought upon moving in: The Roomba 770. Nick figured that having a Roomba would be a good way to make sure the new house stayed clean.

The floors are regularly clean. Cleean! Not spic-and-span clean, but way cleaner than they were at our old place. Nick won a second Roomba in a raffle at work, and now the upstairs is cleaner too! With regular Roomba-ing, you can cut down on professional carpet cleaning bills.

Roomba supposedly has great customer service, but we've never had to call them.

The Roomba requires daily emptying of its rubbish bin, and almost daily brush cleaning. It takes a few minutes out of each day. It's a small price to pay for clean floors, but it's worth mentioning.

Roomba likes to get stuck on things. Rug fringes are probably the worst. But cat toys, wires, and the like can easily get wrapped around Roomba's brushes. If Roomba senses, it will just stop vaccuming rather than damage your stuff any further; however, several cat toys and headphone wires have been sacrificed to the Roomba gods. You have to keep your house "Roomba-proof" for the sake of both the Roomba and your belongings.

Roomba can very easly shut itself into a room, which can be very unnerving if it's bumping around in the night. Use doorstops to keep interior doors open so that Roomba can roam freely. Of course, if you do this, now you have doorstops on your bathroom doors, which you have to pull out every time nature calls.


What They Don't Tell You

You should make sure there are no obstructions between Roomba's dock and the opposite wall. If there are obstacles in the way -- trash cans, fridges, -- the Roomba is more likely to fail to dock. It will line itself up so that it can make a bee line to the dock, but it can't "see" obstacles in the way. Now that we've got this set up right things are working much more smoothly, but it took us a while to figure out what was going on.


Should you buy it?

Probably. If your house/apartment is small, you might not see much benefit, though a friend of mine with a 1-bedroom likes having it. Also, if you're already vacuuming consistently, Roomba just won't have much work to do. You might start feeling like the daily Roomba maintenance isn't worth it.

But if you have a two bedroom house/apartment or larger, and you're not vacuuming your carpets once a week, you will probably enjoy having the Roomba. It's not perfect, but it does a pretty good job of keeping the house clean.
Posted by Nick Beaudrot on Friday, March 08, 2013